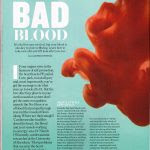 If your organs were in the business of self-promotion, the heart has its PR nailed. Cute, pink, not at all gory and, most importantly, you’ve got the message to do what you can to look after it. But the two other key players in your cardiovascular system don’t get the same recognition: namely the five litres or so of blood that pumps through you and the vessels it flows along. Where are their emojis?

“Cardiovascular health is about the heart, the blood and your vessels working in synergy”, says Dr Niamh O’Kennedy, cardiovascular researcher at the University of Aberdeen. “Most problems that occur in the heart don’t actually arise in it”. 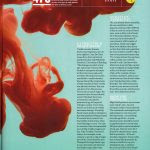 Consider this your blood crash course: cut yourself and a blood clot forms – its aim is to plug the wound, stop the bleeding and let your blood continue on its journey. Simple, no? But clots can also form if your vessels are blocked, and that can spell disaster – think heart attack, stroke or even death. 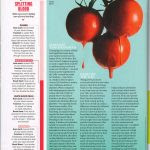 “Within your blood are platelets, the smallest cells in it, and they act like a circulating puncture repair kit”, explains Dr Gavin Jarvis, cardiovascular expert from Cambridge University. “When you cut yourself, they become activated or “sticky” and block the leak, which, of course, is a good thing. However, if blood vessels become diseased due to a build-up of fat from a poor diet, the platelets will become activated unnecessarily and stick to the damaged tissue”. And it’s not just furry, diseased vessels that increase your clot risk – smoking and even a sedentary lifestyle can both contribute, too. But it’s not all bad news. Here’s how to do the best by your red stuff to avoid getting in a right bloody mess…

“Cardiovascular disease doesn’t just happen to you in your eighties”, says Dr Chris Jones from the Institute of Cardiovascular and Metabolic Research, University of Reading. “The damage can start at any age. American research that looked at autopsies of people in their late teens and early twenties who’d died of causes unrelated to cardiovascular disease found the progression of fatty streaks in their vessels was already obvious”. But you can slow down the process.

“If you eat too much sugar, it’s converted into fat and stored”, says Dr Michael Emerson, a researcher in platelet pharmacology at Imperial College London. “Over time, the fat can build up in vessels and cause damage. Normally, blood vessels produce substances that stop platelets being activated if a wound isn’t present, but that ability deteriorates when vessel damage occurs”. It’s easy to overshoot the recommended max of 30g of added sugars per day. Take ‘healthy’ flavoured waters, for example. Some contain as much as 13g of sugar per 100ml. Download the new Change4Life Sugar Smart app to scan barcodes and discover the hidden sugar that some products are packing.

OK, you already know unhealthy fat can contribute to fatty deposits, and top of the NHS list of fats to curb are animal-based ones, such as fatty cuts of meat. Dr O’Kennedy explains: “If you eat meat, the membranes of your platelets will be made of animal fat, which can trigger them to be stickier than if you eat fats from fish and vegetables.” So aim to limit yourself to 70g or less red or processed meat a day. “Try to have at least two portions of fish a week, one of which should be oily.” And know this: while tuna is an oily fish, canned tuna is stripped of omega-3 fatty acids, so it doesn’t count as a fish-oil fix. Instead, choose sardines, mackerel, salmon and anchovies (no, that doesn’t make your Napoletana pizza cardio- friendly). The other fat-packer to add to your menu is your old friend the avocado, which lowers your ‘bad’ cholesterol levels.

High blood pressure can increase your risk of a clot- but not everyone needs to be monitored. The combined contraceptive pill and pregnancy can raise your blood pressure- as can being over the age of 40 – so your blood pressure should be tested at appointments to renew your Pill prescription and at antenatal check-ups. If you’re over 40, it should be checked once a year. But be proactive – if it’s not checked, request it. And a crafty way to keep blood pressure in check yourself is to up your wholegrain eats. A study in the Journal of Nutrition found participants’ diastolic blood pressure (the resistance to blood flow in the vessels) to be three times lower after an eight-week wholegrain-packed diet, compared with one high in refined grains. Serve up some porridge for a wholegrain hit.

Chomping on a variety of fruit and vegetables helps keep your cardiovascular system happy. So far, so obvious. But new research suggests popping a tomato supplement could be an additional way to show it some love. Fruitflow*  – derived from an active ingredient in the ‘jelly’ around the seeds in tomatoes – was shown in a study in the European Journal of Nutrition to reduce over-stickiness in blood platelets. When compared with taking aspirin (used to reduce the risk of clots in people who’ve had heart attacks or strokes), it had a similar anti-sticking effect on platelets – but approximately three times weaker. This subtler impact maybe no bad thing, as regularly taking aspirin has been associated with an increased risk of bleeding in the event of an injury. It makes your platelets unable to respond and clot when they need to, so isn’t advisable for those who haven’t been recommended it by their GP. “With Fruitflow, the effect on the platelets is reversible,” explains Dr O’Kennedy. “So if they get a signal in the body that they’re needed, they can still respond.” Of course, a pill won’t compensate for a dodgy diet, but it might be an extrainvestment in the healthy blood bank to consider

Ease off the gas

“Being active promotes continual blood flow and helps prevent clots from forming, which is why sitting still for a very long time can increase your risk,” says Dr Jarvis. Exercise, then, is essential. Even if you’re chained to your desk, simply getting up for a tea break can make a difference. Research published in the journal Medicine and Science in Sports & Exercisefound that standing up for at least 10 minutes every hour over an eight-hour day reduced systolic blood pressure (the force at which your heart pumps blood around your body) by 4%. If you are doing a workout proper, know this – higher intensity may not always be better. If you’re super stressed, blowing off steam by pushing yourself to the limit may not be wise. “When you’re stressed, your body produces adrenalin and cortisol, which drives up blood pressure”, says Dr Emerson. This can increase your risk of a blood clot over time if it’s continually raised. “Really intense training itself will hike your heart rate and can temporarily increase your blood’s tendency to clot by making your platelets stickier”, says Dr O’Kennedy. So it’s not the kindest combo for your cardiovascular system long term. “I wouldn’t say young, healthy people shouldn’t work out at high intensity”, she adds. “If you want to get certain fitness gains, you might need to. But it’s about looking at the overall picture: are you also stressed? Eating badly? Drinking too much? Doing too many sessions? If you do high intensity training, make sure your body has the chance to recover”. Doctor’s orders.